Stadio Olimpico is used by the Italian National Rugby Union Team, and has hosts the Six Nations home games every year. The stadium is also known as a football venue and is home to Italian clubs Lazio and Roma.

In 1960 the Olympics came to Italy, and Stadio Olimpico served as the nations venue for numerous Olympic events. To suit the needs of the tournament, the stadium was redeveloped to be all seated, resulting in a smaller capacity of 53,000. Its next main refurbishment did not take place until the 1980s, when the stadium was chosen to host the 1990 World Cup. In order to modernise the venue, the stadium was almost totally rebuilt. A roof was constructed and stands were moved closer to the pitch in order to increase capacity by over 20,000 to 74,000 seats.

Events in this venue 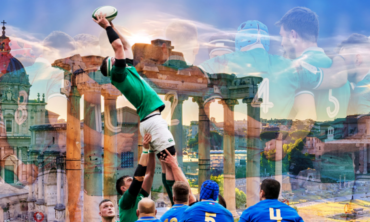 The Official IRFU Trip to Rome for Italy v Ireland - Februar...
More Info
We use cookies on our website to give you the most relevant experience by remembering your preferences and repeat visits. By clicking “Accept All”, you consent to the use of ALL the cookies. However, you may visit "Cookie Settings" to provide a controlled consent.
Cookie SettingsAccept All
Manage consent